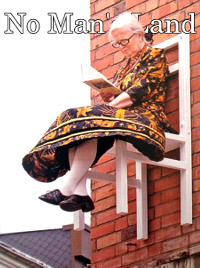 pontius pilate washes his hands
with honey he washes his feet with milk his face
he washes his rear his brain his money
his nameplate beside the bell
we wash his billboards,
with milk with honey we wash
the traffic signs that implore
interdict & instruct
pontius washes his hands with milk
his money his face we see
in the mirror our daily mirror again
in the rearview mirror we wash our faces
with our hands with honey
our brains & our bottoms pilate
washes his hands
with milk his face his feet with honey
his money in our brains
we pull his instructions implorations
& interdictions from his rear
we depict we reflect & wash
one of pontius’ hands in honey in milk
one of pilate’s feet in our rear
in our face in our brain
milk & honey are a cashflow from pontius
to pilate we wash
implorations interdictions instructions in our poem
one hand washes our brain
while the other washes our eyes
our faces are
pilate & pontius we are
with hands & feet we wipe ourselves
from memory
& everything will be clean
but nothing will be clear.

Translator’s Preface:
Ulrike Draesner’s ‘radical translations’ (seventeen of which are included in: to change the subject) were prompted by news of Dolly, the cloned lamb. In “Twin Spin” the dialogue of Shakespeare’s Sonnets, with their immortality-seeking, self-swapping subjects, continues in a near-future scenario drenched in artificial light, among clones – post-reproductive, post-human beings – and clone-makers.

The technological sublime is a recurrent, dystopian theme in Draesner’s poetry and fiction. The feasibility of replicating artefactual ‘dividuals’ threatens to abolish ‘natefactuality’ – difference engendered in natural, sexual generation(s) – and the beauty of ‘imperfect’, unforeseen recombinations. Such seems to be the power-dream of the medico-military-industrial complex.

Transplanting the poems back into English, I try to preserve/persevere with Draesner’s procedures of playfully misconstruing meanings, recombining letters, mimicking genetic translation/transcription errors (and/DNA); if not quite to her ill-imitable degree.

I have seen big cities
and I have always loved the big cities,
their women, their bars, their
twilights before the roar
of the machines and the storming
of the Bastille,

Berlin, Paris, New York,
a street corner in Schöneberg
excites me more deeply
than the snow
on Mount Blanc
or the forests
in the lower Taunus,

I have seen the beauty
of big cities, the splendor
of their avenues, the misery
of the masses and the destruction
of the individuals,

I have loved the big cities
and I love them as well
in their decline,

it’s not the big cities
which destroy the people,
but rather the laws
which do not form people
but strangle them instead,

I was formed by the big cities,
what I saw, what I suffered, what I became
I thank a mother of stone,
the big city,
and tomorrow, when my time is up,
it will be the big city
which buries me.

When we loved each other,
we didn’t love ourselves.

When we declared war on each other,
we already gave ourselves up as defeated.

When we were beaten,
we gave history the blame.

When we were alone,
we drowned it out with music.

When we split up,
we stayed in the same place.

And soon we lay in each other’s arms again
and called it a love poem,

but no love poem explains to us
the fear of love,

and why the sky was so blue
when we met each other,

and why it will still be so blue
when we die,

you by yourself,
me by myself.

the long holidays beforehand & now / the neither-nor-
light at six a.m. // on the 1st of september a night-
shirt all tangled up / a nightmare jammed in the folds
of the cushion // from the cabinet a tumbling swift
or rather a jump / (a re-pre-metaphor) like the dusk under
the bedcover // & behind the window of the children’s room
the heimat of school full of empty idols and water
pistols / begins on the day of the attack on poland //

and charcoal from three days ago all fallen litter
crumbled moonlight

this draught from talk: tangled syllables
at the bottom of lungs, the delicate limbs
of serifs on tongues, the smell of damp
paper. tell me about eurasia, about the clean
CUT of the mountain range in our frozen

CENTER, urals, and about what follows,
this bird destination, where huts are built
from corrugated tin and tar, styrofoam, where semi-
somnolent rats devour stories, and rivers
are filthy with flowers and flesh, where they

and constantly drink tea, where they greet and
die

the one is always the one: listen

The window at the front and right of my compartment
reflects the scene on the left at my rear.
I can see what is passing superimposed on
what is coming, and it is as though the light
likes this game, irrespective of where the sun is,
or where the train is heading.

By the sea in Heiligendamm
in June, the water, gigantic,
silver, eats up skin and
spits out naked bodies.

Between the lakes, to the north,
the sun yields of its own volition,
the way only the south can yield,
the birches darken in amazement.

By the river, to the east,
pearls ripen in fig hearts,
amber-coloured resignation,
and the pebbles shine.

With hope
—that dirty word—
here, between
the fences and the shores.

Wheels and people cross over me
my arms and legs are outstretched
nails dug into sand dunes
my vertebrae do not crack
I cannot see who is crossing
my face stares into water: Siddharta’s river

The night of October 12 was silent in the German forests; a weary wind crept over the fields, shuffled through the darkened cities of year four after Hitler, crawled eastward past the Elbe in the early dawn, climbed over the crest of the Ore Mountains, plucked at the banners that hung limply in the ruins of Magdeburg, made its way discreetly down through the Etterberg beech woods to the statue of the two great thinkers and the houses of the still greater forgetters, stirred up the dust of lignite mines, billowed for a moment the huge flag in front of Berlin University on Unter den Linden, trickled over the sandy plains of Brandenburg and finally disappeared into the lowlands east of the Oder.
It was a cool night, and people shivered in their poorly heated apartments. The autumn chill stole into their embraces and their loneliness, their hopes and their indifference, their dreams and their doubts.
Now speeches had died away, demonstrations were over, proclamations rotated between the cylinders of the newspapers’ printing presses. Streets and squares steamed in the morning sun. The first shift was heading for the factories. Posters faded in the wind.