A No Man’s Land between Dialects 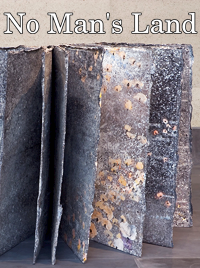 This year we shift language fronts to explore a new no man’s land between them. The centerpiece of this issue is an experiment conducted in Edinburgh in March 2008, when two German and two Scottish poets met to translate not merely between German and English, but between their respective dialects: Franconian and Scots/Shetlandic. An intentional challenge to the poet, the dialect, the language, translation itself – and a challenge that all rose to.

We are proud to present the outstanding translations as well as reflections on the process of dialect writing and translation itself, offered here in part as a new approach to more fundamental questions: How does language reflect a given natural, cultural and social landscape? How do poets find “their” idiom within this landscape, within the broader language of their society, its everyday speech patterns and literary traditions? And how do their translators, in turn, find their idiom?

In this spirit, the current issue focuses entirely on poetry. We hope that our excursion into the dialectic of dialect will shed a new light on the remaining work featured here, on the poets’ and translators’ use of language.

For instance, while Norbert Hummelt’s work mines the historical and cultural dimensions of specific landscapes, the overlapping strata of time, and Waltraud Seidlhofer’s poetry navigates the cityscape, mapping its labyrinth of facades, Daniela Seel turns inward, seeking an idiom for the vulnerable body. Gerhard Falkner, Hendrik Jackson, Bert Papenfuß and Monika Rinck – poets we have featured in previous issues of no man’s land – likewise focus on constructing radically individual idiolects.

One way or the other, poetry lives by finding specificity in the surrounding landscape of language and images that too often threaten to blur into generality.