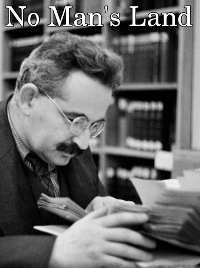 With this, the 7th issue of no man’s land, we find ourselves just shy of the 100 mark – since 2006 we’ve published fiction and poetry by nearly one hundred contemporary German-language writers. We owe a great debt of thanks to the many talented and passionate translators who’ve submitted their work, giving us the chance to publish excerpts from some of the most talked-about new German novels, introducing us to fascinating insider tips, or giving us ever-new looks at writers we know and love. (And we’re very grateful to the authors, translators and publishers for allowing us to print their work free of charge.) Seven years in, we’re continually struck by the range of submissions we receive, the discoveries of new, often very young talents and the rediscoveries of unique and outstanding figures. It is a privilege to present what are in many cases the first English translations of these writers’ work. We’re sometimes asked whether we’d consider broadening no man’s land’s scope to include works from the full historical spectrum of German literature – but time and again we find that we have a constantly-evolving embarrassment of riches as it is.

Issue # 7 skews novelistic, with a wealth of excerpts illustrating the formal and thematic range of the contemporary German novel. Kemal Kurt couples Molly Bloom and Gregor Samsa, while Clemens J. Setz takes us on a surreal tour of the Clemens J. Setz Archive. Thomas Stangl transports us to a 19th-century Timbuktu of hallucinatory vividness, Antje Ravic Strubel to a remote Swedish island rife with enigmatic tensions. Thomas von Steinaecker offers a devastatingly deadpan take on the Zeitgeist of financial and natural catastrophe. And Steven Uhly relates his Grandma’s murder plans. In addition, the issue includes short fiction by young talents Christian Helm and Johanna Hemkentokrax.

As we welcome back Arne Rautenberg, Ulrike Almut Sandig and Lutz Seiler, new poets in this issue include Sylvia Geist and Katharina Schultens, with their very different fusions of poetic and scientific language, joined by Dagmara Kraus’ flights of linguistic invention and Judith Zander’s evocative tableaux. We’re also very pleased to feature a selection of poems by Rebecca Ciesielski, Tabea Xenia Magyar, Tristan Marquardt, and Lea Schneider, members of g13 – this collective of young poets is a fine example of the vital grassroots infrastructure of the Berlin literary scene that gave rise to no man’s land itself.

Poetry
charité
I keep your secrets very close
nothing has happened something’s taken place
there’d be the possibility of a mix-up at any time
By Katharina Schultens
Translator: Catherine Hales

Poetry
as if
lighting the way home
By Lutz Seiler
Translator: Bradley Schmidt

Fiction
The One Place
By Thomas Stangl
Translator: Tom Morrison

Fiction
My Pickled Life
By Steven Uhly
Translator: Joseph Given

About the Cover
Walter Benjamin
By Susan Thorne
Translator: