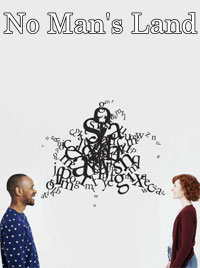 It has been an unusual year for No Man’s Land.

Each summer, as our September deadline approaches, this journal’s editors watch closely as translation submissions arrive through our website link, wondering who will send in their work and what writers will be represented.  In 2020 there was a further question:  How would the pandemic affect our response from translators?  Would isolation, disease, and distractions boost our numbers or diminish them?

The answer was a flood of submissions far larger than our usual intake – the greatest number in the experience of the current editorial board. Clearly, translating remains dynamic; in fact, two submissions were expressly identified as ‘pandemic projects’ spurred by lockdown conditions.  We are buoyed by the spirited response from translators, which has made for an exceptionally rich issue.

There are other landmarks. One is the contribution from Isabel Cole, a Founding Editor of no man’s land (when the title was all lower-case) and accomplished German-to-English translator who also writes compelling German-language fiction.  We are pleased to feature an excerpt from Isabel’s novel Die grüne Grenze (The Green Frontier) which she herself has translated into English.

This edition also expands our scope with works of fiction from both of the smallest officially German-speaking countries:  Luxembourg (Francis Kirps’ story, “The Mutation,”  translated by Rachel Farmer) and Liechtenstein (Jozef van der Voort’s English version of an excerpt from Für immer die Alpen by Benjamin Quaderer) .   As you’ll see from those selections,  these states have much to offer in terms of literary excitement.

We have also experienced loss, however, with the death in September of Assistant Editor Linda Frazee Baker.  A highly-regarded writer and literary translator of both poetry and prose, Linda partnered with me to re-launch No Man’s Land in 2016, and provided invaluable support for each of the issues published since then.  All of us greatly miss our valued colleague and friend.

We are proud to feature Linda’s translations of poems by Esther Dischereit in this edition.  Her website (www.lindafrazeebaker.com) and our biography page (see the TRANSLATORS index) offer further information about Linda’s achievements.

Creative Nonfiction
The Woman from the East
By Katja Oskamp
Translator: Jo Heinrich

Fiction
So Much Life
By Andreas Neeser
Translator: Frances Jackson

Poetry
Something Small
the sum of goodbyes
In stages, at the lake
Les fleurs du ⁠[ʃa ɛ̃]
Temperature change
Long in the tooth landscape
By Melanie Katz
Translator: Jen Calleja

Poetry
Childhood Memory
Unreal May Day
The Linden is in Bloom, and It is Night
After the War
Stele
By Reiner Kunze
Translator: Kay McBurney