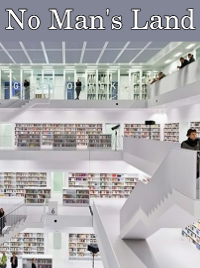 With this eleventh issue, the incoming editors of No Man’s Land proudly continue the work of Isabel Cole and other  founders of the journal, taking it into a second decade of presenting diverse writing from the German-speaking world.

This new edition offers a sampler of what is being done in and with recent German-language poetry and prose, without attempting to link stories and poems with a common theme.   The selections suggest the breadth and energy of current German-language literature:  they include the work of established writers such as Esther Dischereit, Hans Magnus Enzensberger, Yaak Karsunke, and Günter Kunert; and writings by emerging writers, among them Nico Bleutge, Marc Degens, Meral Kureyshi, Farhad Showghi, and Saskia Trebing.

Their translators likewise represent a wide range of ages and approaches.

We have been gratified by the response from the community of German-to-English translators to the revival of this online magazine, and thank them for bringing their work to us.  We are grateful as well to the authors and publishers of the original works, who have permitted us to use English versions of these stories and poems on our website.

Some exciting new literature awaits you in this edition.  Please read and share!

Poetry
We drove
The bodies of the olives
The dresses of the lemons
By Esther Dischereit
Translator: Iain Galbraith